It is no exaggeration to define the Congressional public hearing held on Tuesday, May 17 2022 a historic event, since the last one was held just over fifty years earlier.
The people who were heard at this hearing are high-level members of the U.S. administration. Moultrie is the Undersecretary of Defense for Intelligence and Security, thus a politically appointed figure while Bray, deputy director of U.S. Naval Intelligence, is a career officer. The new UFO office created by initiative of the Pentagon falls squarely within Moultrie's purview.
They hearing was called by the House Intelligence Counterterrorism, Counterintelligence, and Counterproliferation Subcommittee (IC3S) To properly understand the basic reason for this audition, it must be recalled that the Pentagon created on its own initiative its UAP office known by the acronym of AOIMSG in November 2021 while the NDAA22 bill – which contained provisions for a new (and better) UAP office – was under debating at the Congress. A potentially dangerous situation therefore developed, where the military and the politicians developed each one its own and different version of the same thing.

Congress therefore wanted to know how the Pentagon is going about it – and see if they are complying to what the law mandated.
Congress envisioned that the military effort to investigate UAPs through this new permanent office would have to be shared between the military and the intelligence, so that is why these two figures were convened.

That said, I will proceed with the comments by grouping them into separate categories, as is appropriate for complex issues that can be seen from different perspectives. 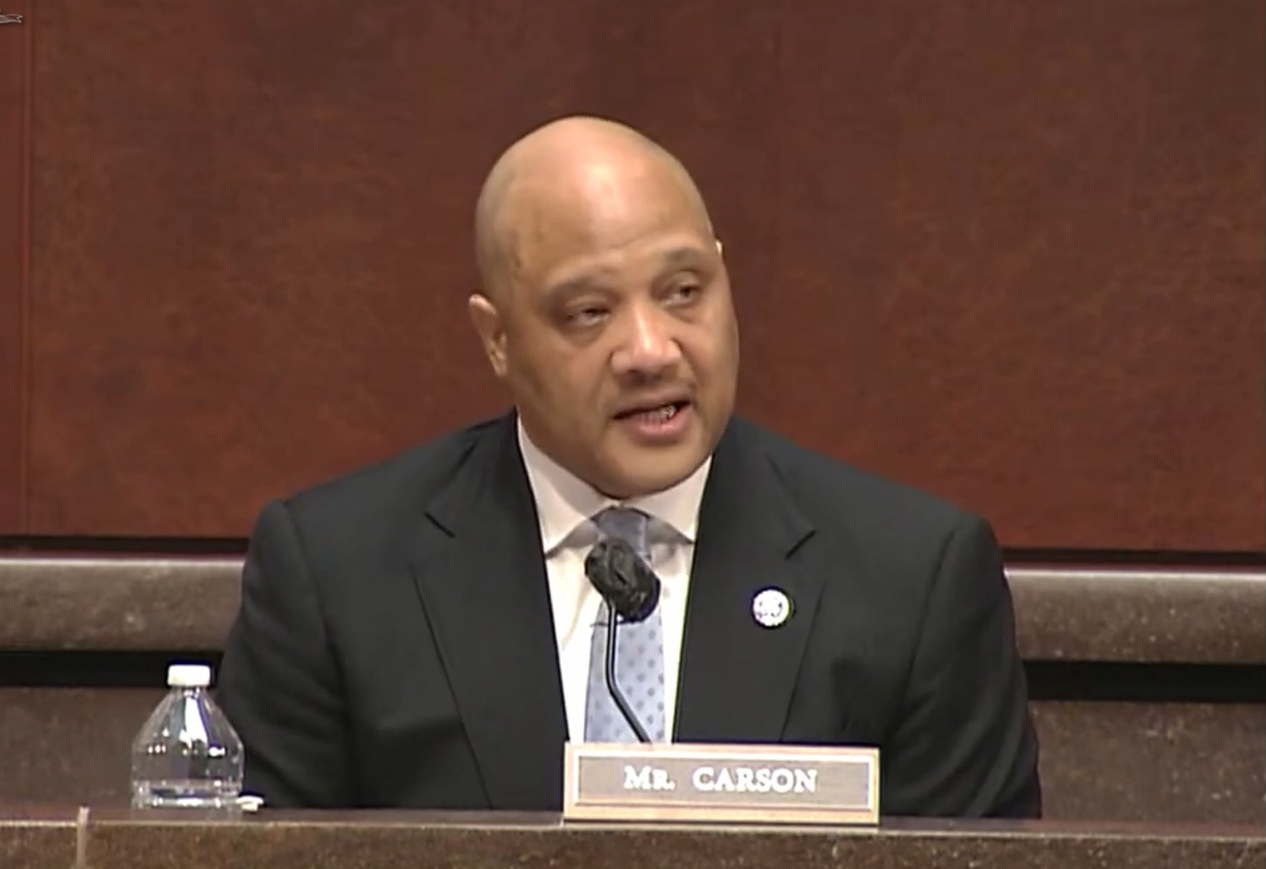 From the perspective of public opinion

While it is true that there has not been any 'scoop' of the kind that generalist media like so much, the big thing is that such a hearing was held at all. To see these institutional figures talking seriously at the House about things that until recently were referred to with a laughable aftertaste as "UFOs" is certainly a positive factor which contributes to ennobling the issue of unidentified aerial objects, or phenomena, in the mind of the public opinion.
The mention in the U.S. Congress that "UAPs are a national security issue” cements the notion vis-ŕ-vis the public opinion, that is the uninformed public, that this is definitely something serious. Thus, a decidedly positive episode in terms of the general public attitude and consideration towards the UAP/UFO phenomenon.


From the point of view of the ufologist

Under this point of view, the hearing for sure did not provide any particular point of interest. Those who expected a pitting of concrete and new data were disappointed. The data provided were decidedly scarse, and no firm conclusions were presented. There was no mention of anything extraterrestrial, except in Republican Peter Welch's question, which was followed by Moultrie's response, essentially reiterating their focus on national security threats and referring back to NASA and NOAA's activities for the search for life beyond planet Earth.
Ufologists also cannot help but be struck by the lack of historical sense demonstrated by these people, especially when asked about the Maelstrom Missile Base incident.

One point I find interesting is when, when asked directly by Republican Krishnamoorthi whether they had underwater sensors to detect undersea UAPs, Moultrie replied that it was better to talk about that in the classified session.
While it is true that answering such a question could expose information about underwater assets, which are among the most secret of all, it is logical to assume from the tenor of the answer that official reports on USO, i.e., submerged UFOs, should exist. I deliberately highlighted the words 'official reports' because ufologists are indeed aware that USO - as well as UFOs - are a concrete reality. I am not currently aware of any official report on the existence of USOs, at least at the public level, so I find Moultrie's non-answer to this question interesting.

Also I cannot refrain from observing - again as a ufologist - that if Congress wants concrete answers, it would definitely be appropriate to acquire by the same system of the public congressional hearing the testimony of the person who has had 'his hands in the game' for almost ten years. Luis Elizondo directed the only publicly known UAP/UFO research program in recent times, i.e., the AATI Program (AATIP). Given all the information that Elizondo has on numerous occasions 'aired' more or less half-heartedly (remember that he has to be very careful not to break his Non Disclosure Agreement) having him to testify under oath would be an extremely valuable opportunity to get some very interesting and in-depth information about what these decades-long studies of UAPs have brought. 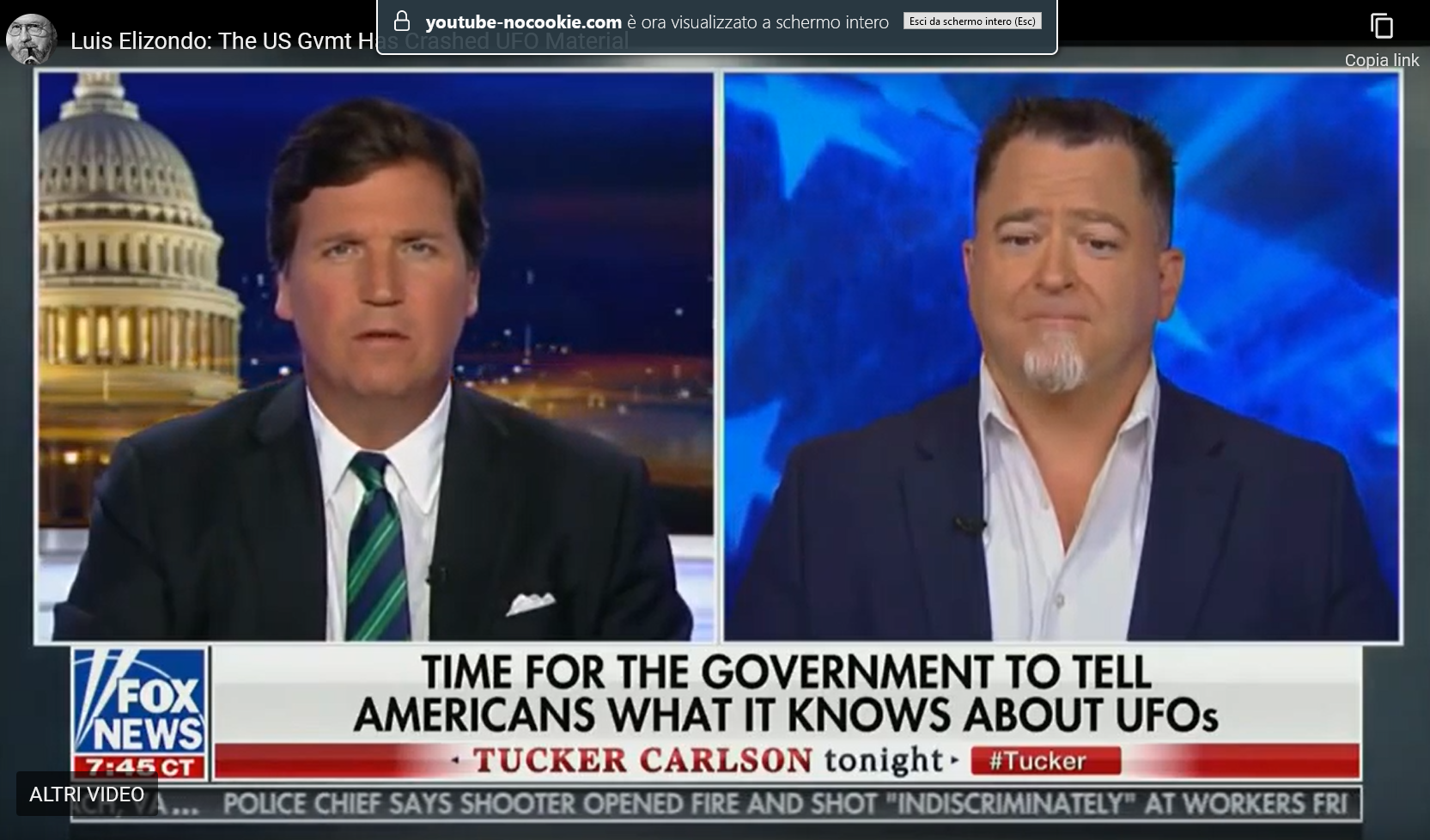 A frame from a 2019 interview of Luis Elizondo, where he half-mouthedly admits that the U.S. government is in possession of UFOs (or wreckage of)

Examining the issue from the point of view of someone who is familiar with the workings of the ‘machine of the state’, it occurs to me that the two people who were heard did nothing more than their institutional role. Their job is to protect national security, especially when it comes to things unknown, in order to avoid nasty surprises. As such therefore they have stated and reiterated that they are interested in the UAP issue under a national security perspective, although - and this could have interesting implications - they responded by assuring that they would still follow the facts wherever they may lead.

It is worth mentioning here that the reason for this hearing is Congress's desire to know whether the military is complying with what is required of them by the provisions of the Defense Activities Authorization Act of 2022 (NDAA22), and specifically whether they will bend to its dictates or keep their AOIMSG office intact as defined in their implementation decree. Thus, this is not a hearing to learn what the U.S. military and intelligence have done in the past regarding the UAP/UFO phenomenon and how much they know about it.

On the other hand, one thing that was not lacking in this hearing are statements of intent. Utmost attention to the safety of personnel and operations, informational openness to the public and Congress, removal of the stigma on UAPs, creation of a real 'ecosystem' dedicated to UAPs that would encourage their reporting and inclusion in dedicated systems and along the normal chain of command… It seems to me that the military/intelligence wanted to reassure Congress that they would execute everything that was mandated in the NDAA22 bill.
Still speaking of intent, I find it interesting and significant that a hint was made (Moultrie) that the AOIMSG will probably be given another name.
Finally, I find it important to note the continued interest shown by Congress in what the military/intelligence is doing in studying the UAP phenomenon, a clear sign of a definite political will aimed at ensuring that the phenomenon is given due consideration.

This event had the positive effect of further cementing the notion that UAPs are a real and very serious matter in the public opinion’s mind.
Ufologists were disappointed, but the motivation for the event was the desire of Congress to check whether and how the military and intelligence were complying with what the law required of them, not to do historical excursus. The military/intelligence representatives appeared willing to comply with anything the law mandated.

I would like to emphasize that if these two gentlemen talked about UAPs as threats to national security, it is because ensuring national security is their precise responsibility, so they must look at it from that point of view. It is good to spell it out clearly: UAPs/UFOs ARE NOT NECESSARILY ELEMENTS OF THREAT.
I want to make it very clear: those who say that UAP equal threat are either uninformed or in bad faith.